Everybody Under One Roof

With the support of JLL, Ashfield Healthcare is relocating its German headquarters to Mannheim – and will thus be the largest company to move to Mannheim in recent years.

Upon acquisition of over the personnel agency Sellxpert in Speyer, it became clear that Ashfield Healthcare GmbH would have to relocate. Even prior to the acquisition, the headquarters in Hirschberg on the Bergstrasse had become too small for the growing number of staff. With other offices in located in the city of Mannheim, the company decided to merge its operations in a single location here, an attractive location for staff and customers with its national transport connections, expansion potential in the heart of the Rhine-Neckar metropolitan region.

“The goal was a location with a great deal of potential”

To avoid incurring preventable costs such as double rents, the process had to be completed as quickly as possible. Just 27 months passed from the award of the contract until the company was able to move in. The target was to find premises in which Ashfield was the sole tenant, however, there were not many options. As is commonplace in Germany, there is a lack of coherent premises in Mannheim, particularly premises of the required size. The goal of moving to improved premises was therefore not easy to achieve. The old offices were already of a high quality, and the few existing properties which were available did not offer any improvement.

Our clear recommendation was therefore to develop a project in the Mannheim area which Ashfield could occupy as the sole tenant. Our market expertise enabled us to quickly acquire a suitable project developer. The subject of the off-market deal was the Eastsite Patio close to Mannheim City Airport. But the clock was ticking. Just four weeks remained to negotiate the building and fit-out description and the rental contract with its annexes, all while taking the approval process within Ashfield into account, which is a company that has internationally organised decision-making processes.

One advantage offered as part of our consulting services was the detailed technical and economic review of the project developer's building description for the planned fit-out work. A workshop was held to define workplace concepts, while we also drew up a project schedule enabling us to structure and control the process up to the time of completion and moving in.

“We achieved absolute precision for Ashfield: just four Mondays passed from the assignment to the signed contract.”

All parties are more than satisfied with the results. At the end of 2019, Ashfield will move to Mannheim with all of its employees. With 4,000 m² of rented floor space and the roof terrace in Eastsite Patio, this building has a modern architectural design with an exterior which has a positive effect on the brand identity, while the size represents the largest new commercial premises for a single company in the Rhine-Neckar metropolitan region over the last few years. The office areas will be fitted out according to the customer’s wishes with the costs being borne by the owner as negotiated in the rental contract. The management will still sit in individual offices, while the call centre area is organised in an open plan space.

The time schedule was very tight, but the outlook is now all the more positive, both architecturally and economically. These new headquarters for Germany, Austria and Switzerland will enable Ashfield Healthcare to look to the future as a larger and stronger company. 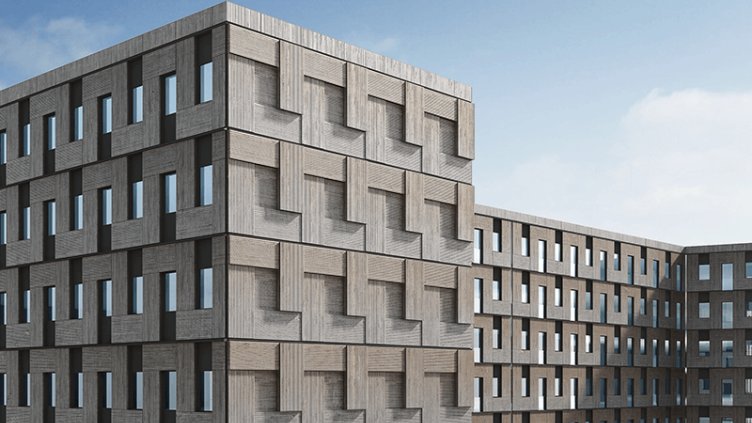 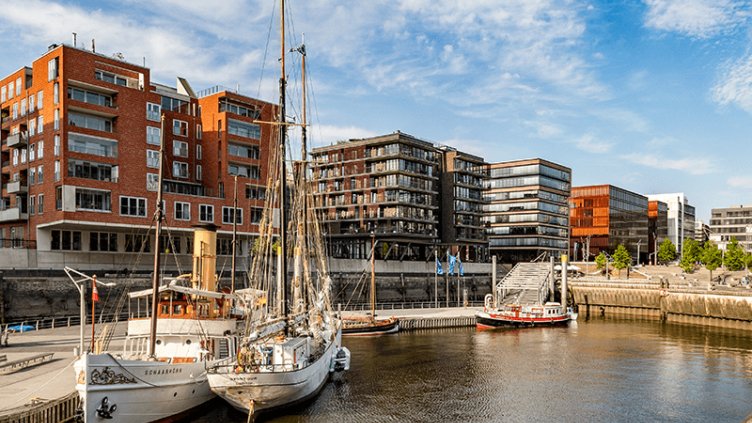 All Aboard In Hamburg’s Hafen City