Cosmetics group L’Oréal is consolidating its sites and moving to the nearby “Horizon” building.
A landmark project with far-reaching effects

“We have not only relocated. We have created an entire new collaboration process.”

When driving into the city from Düsseldorf Airport, it is impossible to overlook the spectacular “Horizon” building to the left of Kennedydamm. A landmark building with 16 floors that do not appear to be in line with each other. What you cannot see from afar: The roof of the 60-metre high building even houses a beehive.

Since the end of 2017, this has been the workplace for employees from L’Oréal Deutschland GmbH, a group that has been growing strongly for years. The three old buildings on Georg-Glock-Straße were no longer able to meet the demands of the new working world, as they were outdated from a technical viewpoint, while the fragmented architecture restricted workflows and communication between the employees.

“It was a real team effort”

So the question was: stay or go? Rebuild or relocate? The group desired premises with state-of-the-art equipment that would make it possible to implement an open-plan workplace concept, complete with communication and quiet zones, all while avoiding significantly higher lease costs.

We began the process by analysing the framework conditions for both available options. These were, on the one hand, the basic rental agreement conditions, and on the other, the workplace situation and use of space in the three existing buildings. How should the areas be designed to provide the best possible support for work processes at L’Oréal? And which models would increase employees' productivity and well-being? In order to find the answers to these questions, the JLL team spoke with managers and conducted workshops with them as well as analysing capacity utilisation in the current building and the processes in the company. In addition to this, an online survey on employee work profiles and their requirements for a good workplace provided a more detailed picture of how the new workspace could be better designed to meet actual requirements. This analysis resulted in an area requirement profile tailor-made for the cosmetic group. The question that remained now was to see if this concept could be implemented in the current premises and to identify what potential relocation options the market had to offer.

Based on this answer, L’Oréal decided to relocate. It quickly became apparent that the only option was a project development, as there were hardly any existing buildings in Düsseldorf with at least 20,000 m² of floor space in urban locations that had good infrastructure connections. The challenge was therefore to find a development that suited L’Oréal, not only with regards to the size and equipment, but also the costs. And the time frame was also an important criterion, with the three current leasing contracts due to expire in just two years.

The second phase consisted of us carrying out a targeted tendering procedure. Different offers were evaluated using DCF analyses and scoring models before being compared. This stage was followed by negotiations on economic and technical aspects. The “Horizon” development project quickly stood out as the clear favourite, as it also provided the desired space for potential future growth. As L’Oréal enjoys an excellent reputation as a company, we were also able to negotiate an elevated equipment package and attractive incentives.

JLL represented the cosmetics group throughout the entire project development, ensuring quality and cost targets were met, closely collaborating with the building developers, leading the pitch for interior designers and weighing up requirements and costs. We thereby represented L’Oréal as a tenant throughout the entire process, all the way up until the employees moved into the new premises.

Despite the immense time pressure, the goal of a cost-effective relocation was met. Around 900 L’Oréal employees made the move to the high-profile building, where they were met with modern architecture, lots of light and a new way of working. This was all supplemented by 1,000 m² of patio space, a gym room and silent areas. Since then, a busily buzzing beehive has been installed on the roof. It not only contributes to sustainability, but has also gone down well amongst the employees, since, as we all know, self-produced honey tastes fantastic. The newly leased premises are a place for new perspectives and horizons. And a place of beauty, befitting a successful cosmetics group. 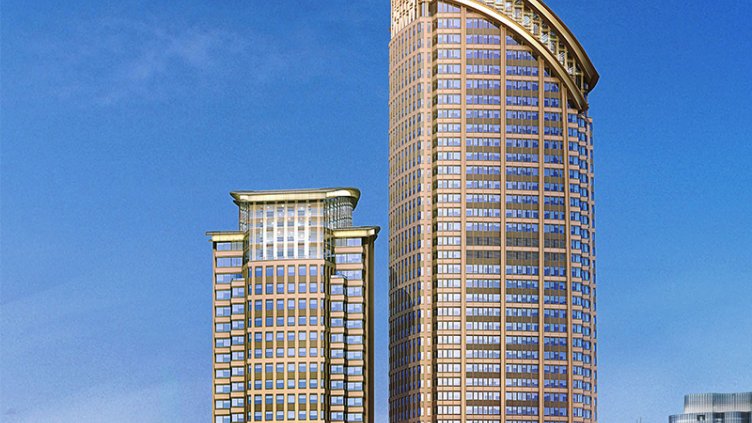 What are we doing to help this major property developer create landmarks across key cities?